Theatre as Part of the Radical’s Repertoire in Scotland 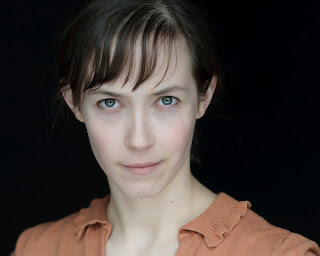 What is the place of radical theatre in Scotland today? You sometimes hear people talk about theatre as a bourgeois pasttime only available to posh privately-educated toffs.  For sure, going to see a play is usually more expensive than going to see a film, although not always (certainly not if you get a 50p ticket to a production at the Citizens Theatre in Glasgow).  But there are also various traditions of class-conscious radical theatre being carried on in Scotland today. (And let me assure you, the vast majority of actors, techies and directors are not, in fact, rolling in capital.)

Augustus Boal, in his seminal text Theatre of the Oppressed, wrote about how the theatre tradition handed down from Aristotelian Greece functions as an outlet of emotion and pressure for protelarian audiences and can therefore work as a method of control (similar to big A to B marches through urban wastelands on Saturdays, which use up a lot of energy planning and getting people out for, but have no disruptive effect on the running of government and business and are thus usually toothless).  If people go to the theatre, watch a nice cathartic play and feel good, they’re less likely to revolt.  Bertolt Brecht tried to change this effect by writing plays that were intended to make people think, to make them angry rather than to resolve their anger, but Boal argues that he doesn’t go far enough because his audiences are still passive.  Boal argues for an interactive Theatre of the Oppressed that is used to help communities act.  He advocates sometimes guerilla theatre tactics, to disrupt everyday capitalism and intrude upon it, and sometimes community workshops to explore the problems of the working class and imagine solutions to them.  He would most likely be excited to see the work that Active Inquiry does in Edinburgh, where they promote “increased participation in the arts as a catalyst for active involvement in society”.  Their Forum theatre show, Divided We Fall? has just closed after a run in Leith.

There is also another tradition of radical theatre, one which comes perhaps from the Aristotelian tradition but which focuses on telling the stories of the working class, stories of resistance.  This is the tradition that Acting Strange participates in, and it includes a wide variety of plays, sometimes from unexpected sources.  The National Theatre of Scotland has recently brought Glasgow Girls to the stage, a new musical by top-of-the-game playwright David Greig about the experience of asylum seekers in Glasgow.  It portrays the UKBA as a traditional villain in no uncertain terms (a portrayal which I’m sure anyone who has actually dealt with them will agree with!) and highlights the resistance and solidarity efforts of teenage girls in Glasgow to keep their friends from being deported.  It didn’t challenge the actual system quite enough for me but it is bringing much-needed publicity to the desperately unjust asylum system and casts its lot with refugees.

Smaller and lower-budget theatre companies are tackling radical subjects as well.  Tent City Theatre Company, "a political theatre company of bright, creative and variously un(der)/employed people involved in many types of activism" is performing their Jésus de Glasgow this Saturday, December 15th, in Kinning Park.  About the play: "When Cristóbal, the Basque rebel clown prince of Hell Bent Theatre Company, is commissioned by a priest to revive a tired performance of the Stations of the Cross, the Reverend Hannah is so shocked by the socialist rewrite of the Sermon on the Mount that she shuts down the production – with tragic results. There is a happy end." They also performed Shock Doctrine at the Pearce Institute in Govan and the Doune the Rabbit Hole festival this year.

Acting Strange works to tell stories of the working class, like Grainne’s Soldier and Bread and Roses, and also to imagine alternative futures, one of the exciting possibilites inherent in storytelling.  In our radio soap opera, Tales from the Gareloch, debuting in the new year, we explore an independent non-nuclear Scotland from the various points of view of characters in a small town in Argyll.  Theatre allows you to act out ideas, to watch them concretely in front of you – it tries things out and explores them like a good novel, but it has an immediacy that a novel can’t achieve.  When you challenge the capitalist system, or the pretended “democracy” of our representative parliaments, people argue, “But there is no alternative! What other system could possibly work? How would it work?  What are you arguing for?”  Theatre gives us an opportunity to explore any situation in a concrete way that is connected to people and relationships.  It is still an important tool in the radical’s repertoire.

About Beth:
She graduated from Whitman College with a B.A. in Theatre and is now building her acting career in Scotland in English and in Gaelic, which she teaches to adults.  She recently wrote and appeared in her two-hander, Daolag, at the Royal National Mòd in Dunoon.  Beth will star in Acting Strange Theatre co's upcoming podcast, "The Bridge." Find out more about Beth at www.bethfrieden.co.uk
Posted by Neil at 12:38